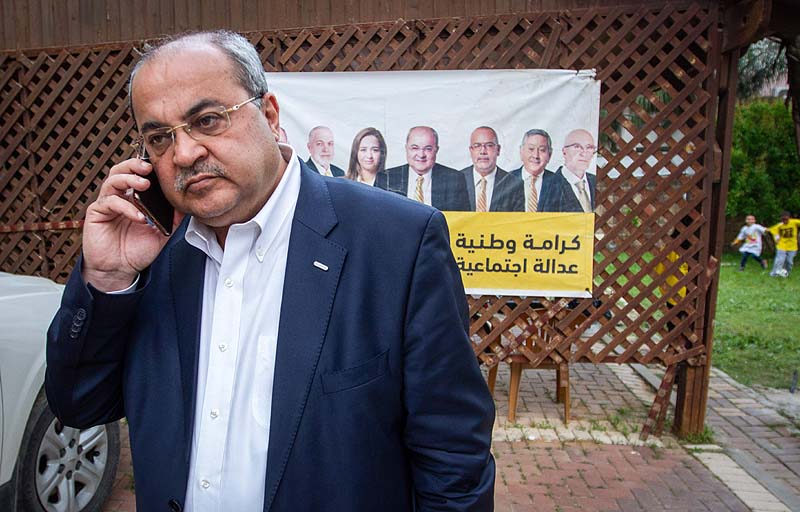 Just over half of Arab citizens (56%) are expected to vote for the 22nd Knesset, according to a survey published Wednesday by the Conrad Adenauer Program for Jewish-Arab Cooperation at the Dayan Center in Tel Aviv University. These figures represent a slight increase in the turnout of Israeli Arab voters after a historic low (49.2%) in the last elections.

The survey was conducted by Mitchell Barak’s Keevoon Research Strategy & Communications. The data were collected between August 21 and September 8, 2019, through mobile phone applications, with a representative sample of the adult Arab population in Israel ages 18 and older. The sample size was 716, out of 4,500 participants, with a sampling error of +-3.6%.

The survey also shows that only 13.3% of Israeli Arabs believe that the Palestinian problem is the most important issue on their political agenda. The average Arab citizen has a positive general view about the State of Israel, and generally believed he is being treated as an equal, but his sense of belonging to the country is quite low.

A large majority of those intending to vote (77.8%) support the incorporation of an Arab party or Arab MKs in a government coalition, or at the very least supporting it from the outside in a blocking bloc.

The survey also shows that the Arab public is yearning to gain political influence, with 49.0% of those who plan to vote on election day believing that under the right circumstances an Arab party should join a government coalition. 28.8% believe that Arab parties are not allowed to enter the government but are allowed to support it from outside. Only 12.8% of those who plan to vote in September continue to hold the view that Arab parties should not join the government and not be part of a blocking bloc.

According to the survey, it appears that nearly a quarter of the Arab public believe Netanyahu is the right candidate to be the next prime minister, followed in this order by: Joint Arab List chairman Ayman Odeh, Blue&White chairman Benny Gantz, Ehud Barak (who was prime minister at the time of the October 2000 riots, when Arab protesters were killed by Israeli police), Israel Beiteinu chairman Avigdor Liberman (who has made a career of anti-Arab policies), and Yamina chairman Ayelet Shaked.

32% of respondents said they intended to vote on September 19, 26.4% do not intend to vote, and the majority (42%) are debating whether to vote.

The findings indicate a return to the average (55.4%) that characterized the turnout of Arab voters in the decade preceding the establishment of the Joint Arab List in 2015. According to the survey, the Joint List is expected to win a sweeping 80.5% support among those Arab voters who plan to vote.

Support for the Jewish parties is going to weaken considerably, as only 6.1% of voters plan to vote for a Jewish party. Support for the traditional leftist parties (Labor and Meretz) is set to fall to historic lows, which should be alarming to both, seeing as back in April Meretz made it over the threshold vote only thanks to Arab voters’ support.

The majority of respondents (59.2%) believe that the internal problems of Arab society – violence and crime, the economy, employment, poverty, welfare, planning and construction – should be at the heart of the political agenda of the Arab public.

27.5% of respondents cited issues related to the relationship between the Arab public and the Jewish majority and the state: 14.2% rated the question of Jewish-Arab relations as most important, and 13.3% cited the fight to repeal or amend the Nationality Law.